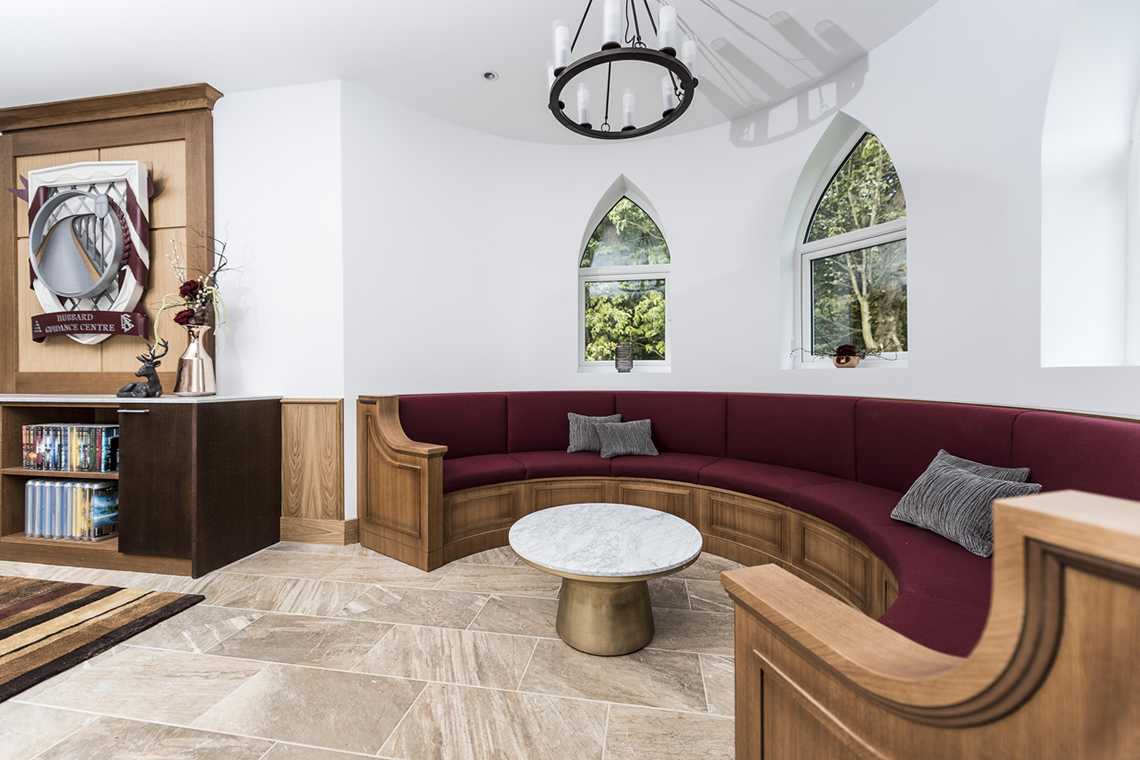 An extension to an existing mock Norman castle built-in 1968. The construction work included the formation of a new basement, concrete retaining walls including a complex curved turret feature. The external walls were clad in a natural Sussex Sandstone laid in a traditional bond finish to match the existing facades. The extension, now formally known as the ‘Annexe’ was then linked to the existing castle structure, with a single point of access.

The basement was a challenging build, with a significantly reduced level dig required added to the existing ground level but also the designed comprehensive waterproofing detail to the external walls and slab due to the depth of the basement.

An asphalt roof was added to the extension, where a ‘man safe system’ was situated along with the majority of the mechanical and electrical plant.

Internally, a complete new M&E infrastructure was added to serve the building, consisting of power, lighting, air conditioning, and domestic water, with a basement boiler room housing a boosted cold water tank. The fit-out of the building was designed to a high-end specification with influences from the existing castle construction. New audit and seminar rooms were based in the extension, which required a high acoustic specification to the internal walls and doors.

The project was delivered on time and within budget, all whilst the existing castle was occupied and open to the public.