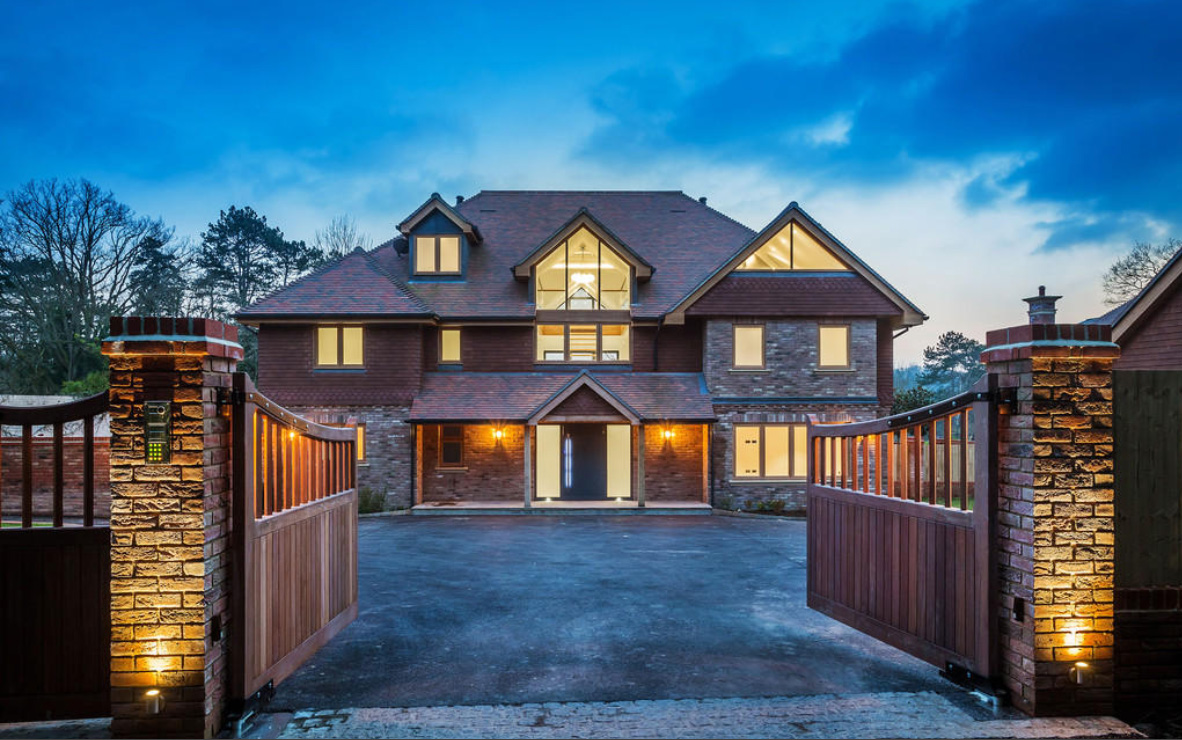 Vulcan Ellis were appointed early on in this project to provide buildability and cost advice on behalf of the client working in close collaboration with the Architect.

The project consisted of two large luxury developments within a private estate in West Sussex. The site originally had a dilapidated large dwelling which was developed, allow the plot to be split in two separate dwellings. During this stage, Vulcan Ellis were heavily involved in maximising the return on investment for the client by re-designing both plots to successfully increasing the internal floor areas of both houses.

Both houses were of extremely high-end specification and quality to target the luxury housing market each with a differing theme. The houses were constructed using traditional methods, including strip foundations, cavity wall construction with facing brickwork and a cut pitch roof with a tiled finish. The differing styles were then utilised by using either architectural stone features or timber.