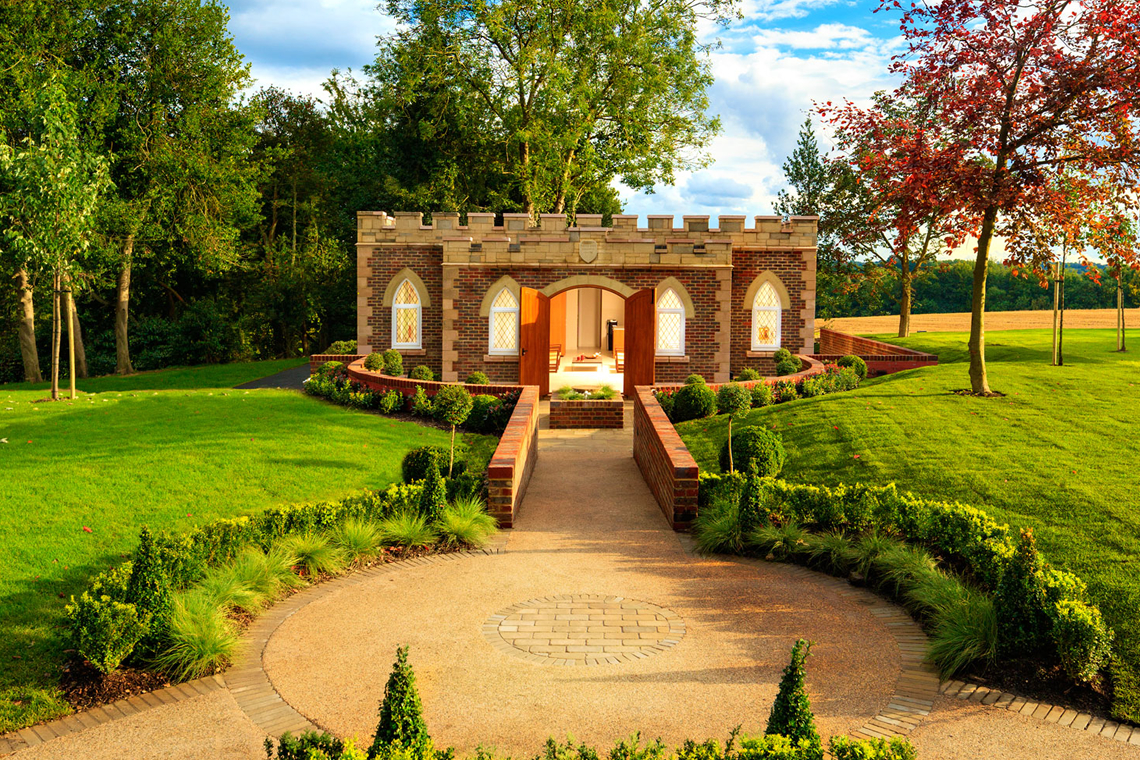 The purification centre was housed into an existing derelict property in the grounds of Saint Hill. The existing building was significantly altered, opening up as much of the internal space as possible. The front facade was removed completely, and the internal floor area doubled once the enlarged space was constructed.

The build was formed of a double skin of concrete blocks and an outer skin of Sandstone, fully tied into the existing structure. The roof consisted of a small, asphalt flat roof with lead flashing to the perimeter and existing internal rainwater goods that were repaired and restored.

Internally the space was to be used as a gym, relaxation rooms with steam rooms and a spa. The existing M&E infrastructure was upgraded to serve the additional requirements, with a high-end finish completed throughout. Specialist contractors were brought in to install the spa facilities, coordinated and managed directly by Vulcan throughout the construction phase.