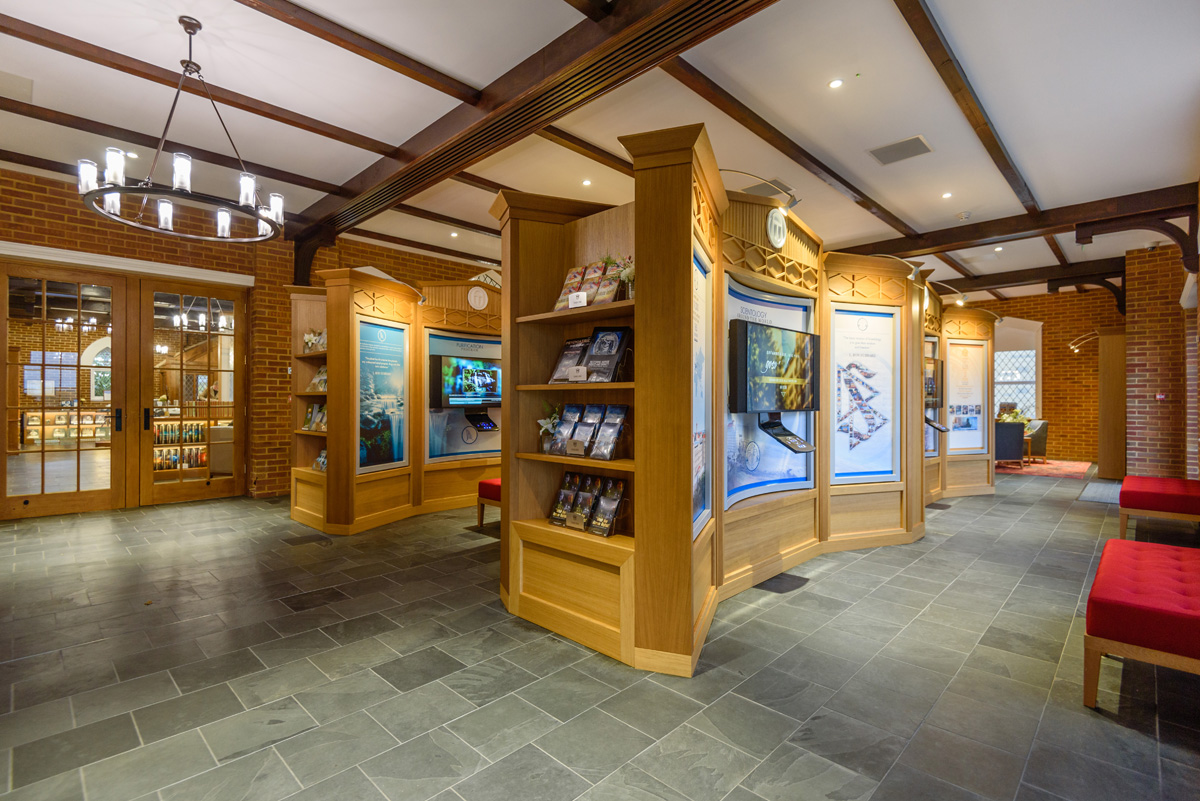 Vulcan Ellis were appointed to construct a similar extension to a previous project completed four years prior.

The project was extending a mock castle to provide a displays area for the founder of Scientology at their HQ in Saint Hill.

Repeating the success of the previous project, a very similar build and approach was taken to deliver this project which was to play an important part to the client’s everyday operations.

The build was a small open plan space to display memorabilia of their founder, via electronic display screens behind the reception. The foundations were deep traditional strip footings to support a block and beams slab. The external walls were formed using a reconstituted stone walling with an internal blockwork course finished with brick slips to match the existing reception.

Internally the space was ventilated with heating and cooling, housing the plant hidden on the flat roof and fed below through faux timber beams housing the plenums and grilles. Again, the faux beams were formed to match the existing construction in the reception.