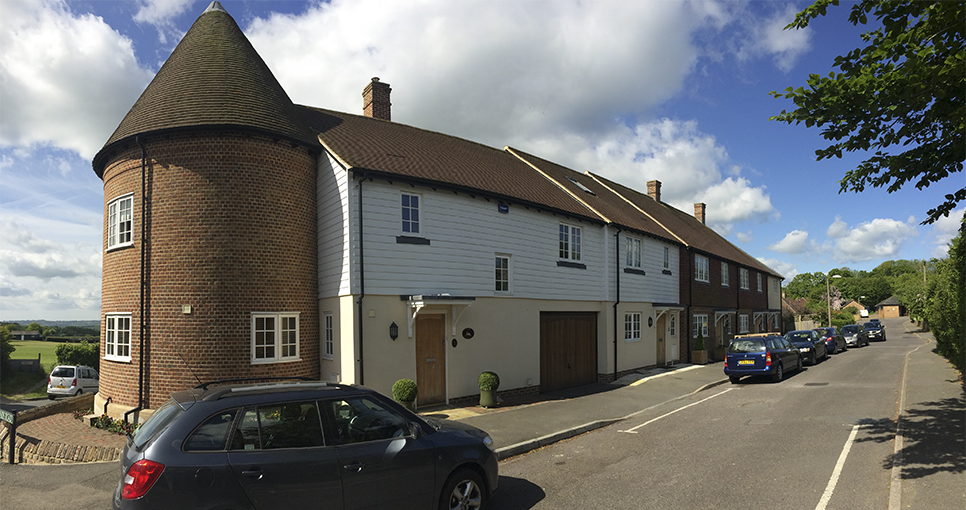 The project was sensitively designed to enable the five new character houses to blend in sympathetically with the surrounding area. They were built to a typical Sussex countryside design using traditional materials, which compliment both the new build and the neighbouring architecture.

The development was particularly sensitive to local residents and neighbours and at the outset Vulcan Ellis engaged with them to allay their concerns about the construction works. Vulcan Ellis made sure that they immediately attend to any concerns they had and that the caused minimal disruption during the construction process.

Although the buildings were constructed using traditional methods the internal finishes are to a high specification to provide modern and contemporary living within a period character building. In particular, the oast house has been finished with oak skirting’s, doors and internal joinery along with a feature oak staircase and curved kitchen to give that extra wow factor to an already impressive building.