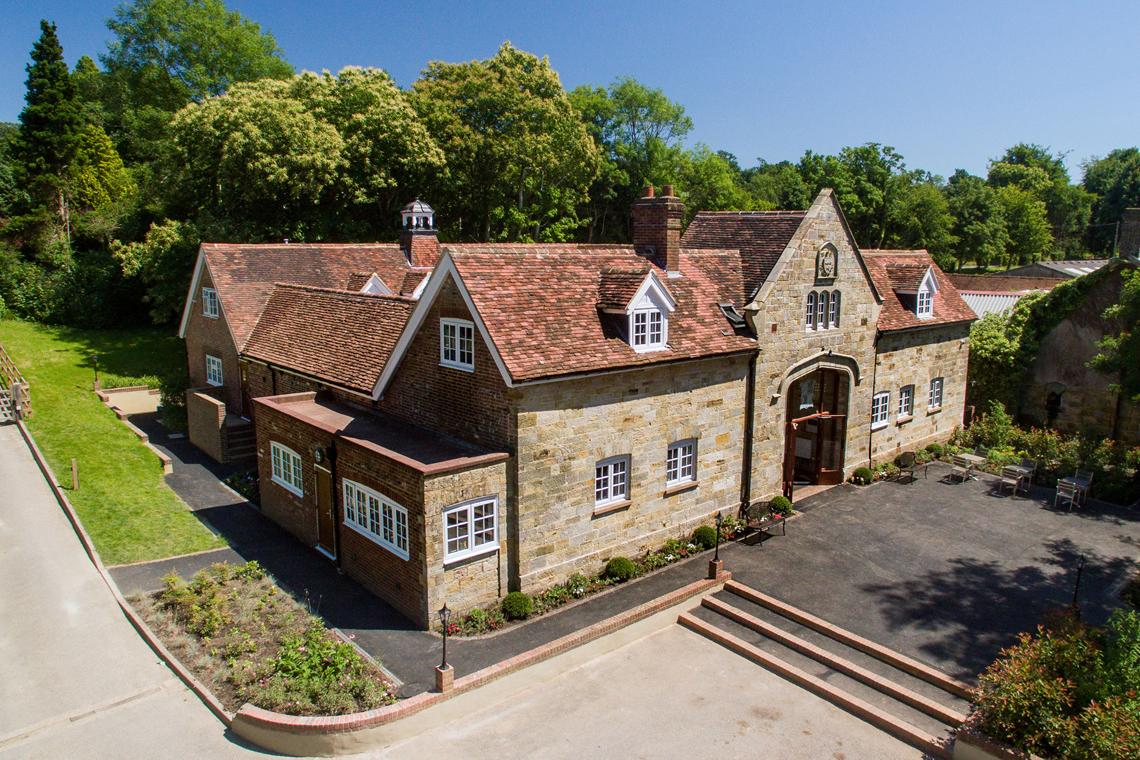 A refurbishment and restoration project of an existing stable block that served an 18th Century Manor House in West Sussex. A historic building, that was to be developed to provide catering facilities to the staff now working across the campus.

The building had many of the existing features that required some attention to restore them back to its original condition, from the timber beams and columns, to the block paved entrance way. The building originally had an internal courtyard, which now as part of the new scheme would become enclosed within the building with a unique glass conservatory roof, to create the main dining area for the client.

Much of the existing structure required remedial works to repair, from the roof reusing the existing clay tiles to re-pointing and replacing where required the external brickwork. Much of the design called for restoring exiting features rather than implementing full scale changes, to ensure the historic features remained within the build.

Internally, the building threw a number of challenges mainly surrounding the extreme differences in existing floor levels. The building was fully stripped back to core, with the existing M&E infrastructure upgraded to suit the new requirements. Careful attention was paid to the timber beams and columns, to restore these back to their full potential.

A new fully functional kitchen was added to the building, with new below ground drainage fed to a newly installed grease interceptor outside in the grounds. The kitchen also included a walk in cold and freezer room as well as a unique swing door, specially manufactured for the project to ensure it matched the existing doors which were to remain in the scheme.

An extremely fast paced programme, that threw up a number of challenges along the way but again delivered to an extremely high standard.